Technological advancements over the last twenty years have been vast and almost any possibility
has become a reality. Where once emails were a thing of the future they are now part of everyday
life and arguably the most common form of communication. We are now able to use our smart
phones to access our email, internet, and social networking sites from almost anywhere around
the world. It seems the next step is to now be able to access the internet right from our very own
cars using in-car devices that can have us connected from any location. 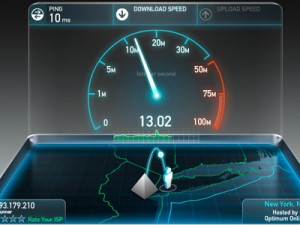 A growing number of cars now have internet capability
It has been suggested that by 2015, a quarter of all our
cars will have internet connections, which might seem
unrealistic, but many manufacturers are already
launching models that have these very capabilities.
As far back as 1997, Toyota was producing cars that
allowed drivers to access their emails and the internet,
which paved the way for other car manufacturers to
introduce similar technologies in their designs. We
are familiar with the idea of streaming traffic updates
and weather changes to our in-car systems, so
streaming the internet is not far behind. An in-car
internet connection is new concept but one that we
will increasingly begin to see.

Tapping into an in-car internet connection
The ways in which cars can access the internet differ. It may be that the car uses whatever mobile
device the driver uses to tap into an internet connection via a USB port or it might be the case that
the internet is accessed through a telephone service. Some models connect through wi-fi via a 3
or 4G connection. The different methods are unlikely to affect the user experience, however, and
so the way that car connects to the internet is merely a manufacturing choice.

Why car manufacturers are pushing the issue
Wanting to install internet connections in cars might seem pointless if you currently use a
smartphone and have all of the access you need, so why are car manufacturers looking to do this?

It seems that the motivation behind providing internet access is not to fulfil customer demands
but to pave the way for technological advances that have long been eluding car makers. The
development of a new model may take five years and so the technology that was current at the
time the initial development was under way is outdated by the time the car is built. As such, it is
impossible to provide the latest technologies in the design. By focusing on internet services, it is
possible to update a car just by updating the software.