People have been dreaming about cars of the futuresince the first automobiles rolled off the
assembly line. Sleeker designs.Faster, safer, cheaper models. Better fuel economy. But there’s
one improvement that very few predicted – or anyone realized they wanted: Connectivity.
It’s here now and about to transform your driving experience.

Connected cars are vehicles that interact with us, our gadgets and the outside world. They take
advantage of the latest communications technology to transmit, receive and act on information
from a variety of sources.

Today, we’re seeing the opening act of our car’s connected future. Ford, GM, Mercedes and other
automakers have basic services that let us control our gadgets within our cars by voice or
touch-screen displays. We also see a glimpse of the future when we pass through an electronic
toll gate, or emergency services are called automatically when the airbag deploys.

Connected cars aren’t just for the wealthy. They’re available now, and automakers like Ford,
GM, Mercedes, BMW and Volkswagen are making the technology available across all their
models. IHS iSupply Automotive Research estimated 4.5 million connected cars were sold
last year. Within four years, that number is expected to skyrocket to 22.7 million vehicles
as the technology spreads beyond the U.S. and Western Europe to Brazil, Russia, India and
China. With each year, the capabilities of the connected car will only continue to grow.

Fasten your seat belts! Here’s a look at some of the connected technology that’s already
available or soon will be available at a dealership near you.

Dock It!
Everyone is familiar with docking an iPad or cell phone to a charging station or a PC. You’ll have
to dock a connected car too- but it will be in your garage where it’ll automatically join your home’s
Wi-Fi network. Within seconds, it will receive all the necessary software updates and install them
as necessary. New features will be available when you hop into your car the next morning.

Eventually, you’ll be able to update all the electronic components of the car when you dock, err,
park in the garage. If the manufacturer discovers that a component needs a software patch, it can
be applied without any need to visit the dealership. It’ll be taken care of automatically, wirelessly
and effortlessly.

Once on the road, your connected car will support other wireless networks. The DVD player,
for instance, might use Bluetooth to transmit audio to your car’s stereo, and your GPS device
might use a cellular data network to grab the latest traffic information.

Charge It!
Today, there are credit cards that let you pay for purchases just by waving them over a sensor.
Some smartphones also have a chip that makes payments a breeze.  Your car may even have a
device that allows you to pay highway tolls without having to roll down your window.

With a connected car, you’ll be able to take care of many more types of payments. For instance,
your car can pay the bill when you’re in the drive-thru at your local fast-food restaurant or when
you’re at a gas station for the next fill-up. If there’s a song you like on the radio, you could simply
touch a button to buy it on iTunes or another music service. Of course, your new song will be
synched to all your portable devices as well as your car stereo system. At the end of the month,
you’ll get a single bill with all your purchases itemized. 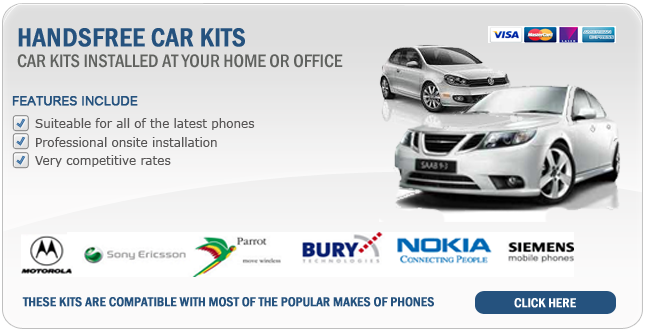 Of course, cars-as-credit-cards are double-edged swords. Once the technology is widely available,
you can expect governments to look at it as a way to charge tolls without having to construct booths.
Such systems also make it likely that some cities will follow London’s lead and charge drivers extra
for using their cars in congested parts of the city.

Talk to It
Today, you can use your voice to control the entertainment or satellite navigation systems on higher-
end cars. In fact, a recent J.D. Power & Associates report shows that drivers who can control their GPS
using their voice tend to be the most satisfied drivers around.

In the future, you can expect to be able to talk to your car (and have it respond) regardless of whether
it’s a subcompact or top-of-the-line Mercedes. Expect the car’s vocabulary to be much improved from
today. Rather than barking select commands at your car, you’ll be able to talk to it in a natural way – just
as you would to a person.

There’s an App for That
Today, you can download apps for your smartphone to control your car’s entertainment system and a few
other basic functions such as unlocking the doors. As more components of cars are upgraded for connectivity,
expect a lot more functions to be available via apps. And some of those apps will take action without you
having to lift a finger.  Imagine, for example, your car unlocking its doors, cooling the interior and switching
to your favorite radio station as you walk up to it. It’s within the realm of possibilities with a smartphone app
that both tracks your position and can communicate with your connected car. Expect other apps to tell you
when your car needs an oil change, is low on fuel or has some other problem that needs your attention.

The connected car is here now, but it’s about to get a lot better. Car shoppers are starting to ask about the
connection options as they would the vehicle’s engine power, fuel economy and safety features. Manufacturers
are taking note. The result is an acceleration of new features and functions. You and your next car will be
connecting with the future before you know it.