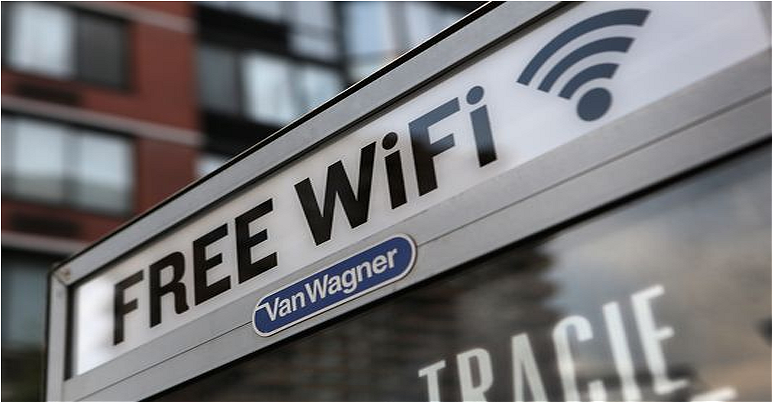 Having Wi-Fi is a must for any fast-moving, digitized workplace. This even extends into industries like hospitality and transit – think of all the hotels you’ve stayed in with complimentary Wi-Fi, or how subway systems and airplanes are now integrating free Wi-Fi for travelers. But what’s convenient for you may also be convenient for hackers with malicious intent, looking to exploit a company’s Wi-Fi in order to find a way into the system. This could turn into a huge threat to public safety, especially in terms of transportation and potential disruption.  As the world becomes more connected, a weak point that allows hackers access to a business’s Wi-Fi could be more than just a nuisance – the results could be catastrophic.

Being forewarned is the key to being prepared; it’s wise to keep up to date on the current warnings for places cybercriminals could target next. Third-party experts are also available to help ensure that your company’s Wi-Fi is well-protected against outside intruders. Take a look at the common places these hackers use Wi-Fi to gain access, and make yourself (and your business partners) aware of where vulnerabilities may lie.

It may cost you a few extra dollars a day to log on, but most hotels now offer Wi-Fi to not just their guests, but anyone on the premises. This is great if you’ve got a big business project you need to work on; but not so great if you don’t have the proper security in place for your laptop or device. While hotel Wi-Fi is convenient, it also comes with the threat of hackers getting access to your personal files – as well as your corporate data.

Some of the routers that hotels use contain a flaw that hackers can leverage to monitor guests’ personal data and spread malware. Not only is the hotel’s security system at risk, but your computer could become compromised as soon as you log in.

Even worse, some hotels use a Wi-Fi system that’s also configured to be set up with the Property Management Systems. This makes the hotel vulnerable to hackers accessing their network of guest reservation information, credit card transactions, and even the hotel’s keycard systems – a costly mistake if a hotel doesn’t invest in the proper cybersecurity.

With the Internet of Things gaining prominence – and promising to automate many of our usual life functions – it was only a matter of time before it spread to vehicles. The production of cars equipped with their own Wi-Fi networks is the first step; there are now multiple vehicles on the market with features that use the internet to enable drivers to easily make phone calls, control the vehicle’s navigation, and adjust the radio or entertainment system.

Putting all of these features into a central command system may seem like the ideal high-tech solution – until you realize that if there’s even a single vulnerability, outside forces could take over. If hackers gain control of a vehicle’s Wi-Fi, they can disable key features like the braking system. Unless a patch is installed to update the system, these vulnerabilities will remain in the cars.

Of even greater concern is the notion that hackers could also gain access to airplanes, as more and more airlines are beginning to offer Wi-Fi on board. A Wired article references a 2015 report that explains the possibility of a hacker hijacking the navigation system of a Boeing 787 Dreamliner jet, due to the fact that the Wi-Fi plans in these jet designs may not have accounted for proper security methods. While it’s a fun novelty to surf the Web at 30,000 feet, being able to feel secure in doing so is even better.

Anyone currently using a smartphone or tablet should be aware of best safety practices when it comes to logging on to public Wi-Fi networks – but cyber-criminals are getting sneakier by the day. Recently, security researchers discovered that hackers can use Wi-Fi networks to exploit an operating system bug in products using iOS, which repeatedly crashes any devices within range. When the devices attempt to reboot, they crash again immediately due to a “specially crafted SSL certificate” that instructs the device to shut down the system.

These types of small Wi-Fi based vulnerabilities are exactly what hackers are looking for. Even when you think you’re covered, gaps in security protocol and unexpected bugs can still pop up. If there’s a delay in sending out a patch or an upgrade, this can create a window for hackers to access your data or even seize control of your device. The above scenario may sound extreme, but it could be a real possibility if Wi-Fi systems are not properly secured and monitored.

These stories aren’t meant to scare you away from using Wi-Fi; rather, they’re meant to keep you aware of what risks are out there, so you understand that simply setting up – or logging in to – a business Wi-Fi doesn’t necessarily mean it’ll be secure. The best solution to help ease fears and security risks is to utilize a third-party company that will stay on top of current threats to your Wi-Fi security, as well as constantly analyze and monitor systems to ensure there are no windows for hackers to slip through. Wi-Fi hacking scenarios are likely to happen more and more as Wi-Fi becomes an integral part of our society – and your best defense against cybercrime is a cybersecurity company suited to protect your network.

How do you feel about Wi-Fi becoming implemented in so many industries? Does it make you feel more or less trustworthy of Wi-Fi networks? Tell us in the comments.

Contributed By:  Eric Basu is the founder and CEO for Sentek Global. He’s a former U.S. Navy SEAL Commander who graduated from San Jose State University with a Bachelor of Science in Molecular Biology and holds an MBA from Anderson Graduate School of Management (UCLA).