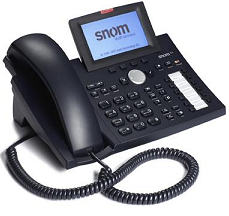 Setting up communications systems for a company used to be a major expense but this has changed in the last few years. Many companies are now installing virtual PBX systems that can handle many of their telecommunications needs without breaking the budget.

If you are considering alternatives to a standard telecommunications system it is important to tell whether a particular system is right for your company. Here is information that you can use to tell whether a virtual PBX system is right for you and how to choose a company that can supply you with the right equipment and price plan for your needs.

PBX systems VS regular phone systems
A PBX or private branch exchange is a phone system that does not use the public phone lines to operate although phones are capable of connecting to the public phone system through the use of a trunk line.
In the past, lines were run from each phone extension to a central switchboard. Users could dial to get an outside line and then place a phone call normally from there.

Benefits of a PBX system
There are many benefits that a PBX system has for a company. It allows for phone calls to be made between extensions as well as for the use of a voice mail system. There are many other features which can be incorporated into a PBX system that can help a company maximize their productivity.

In the past, PBX systems were prohibitively expensive. They required the running of phone lines which added to the cost and made it difficult to move phones around. If a company moved offices, they would need to have the phone system reinstalled which may have been less expensive than installing a new system but which would still end up being quite pricey in some cases.

Now there are alternatives to regular PBX systems. A virtual PBX system uses a main phone line but no further lines need to be run. This is because extensions are able to access their phone lines through an internet interface. This means that it is much easier for each user to manage their calls and the features that they will have on their own extension. A virtual PBX system can redirect calls, enable someone to use and access online voicemail and call longs and even set up directories that allow customers to dial by name. These services are known for being extremely flexible and versatile, something which many companies are looking for.